Hey. I haven't posted here in years. Wanna know why..?

I found a Facebook group where I can discuss and rant.
Posted by JavaJeff at 9:41 AM 1 comment:

If you are in anyway remotely interested in my perspective. . . Friend request on Facebook. :-D
Posted by JavaJeff at 10:52 PM No comments: 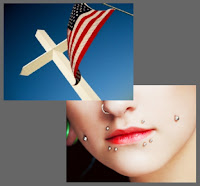 "But I'm not going to give up my convictions..."

You don't have to.

How does transformation really happen? What is our objective as those who have been commissioned with the message that brings metamorphosis about? What is our mind-set?

Transformation is as much about us being transformed as it is the people we are hoping to see transformed. Anything different is condescending. Jesus was harsher with those who "looked down (Luke 18:9 ἐξουθενέω "consider as nothing") than he was with those who *hated* their own lives (Luke 14:26).

Jesus modeled this perfectly when he walked the earth. One of the most often cited instances referenced by Followers of Christ is the conversation between Jesus and Nichodemus, the pharisee. It is found in the gospel of John, chapter 3.

The Progression of Truth 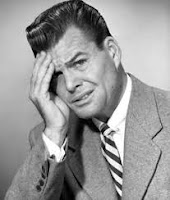 This will be short and sweet and without any clear resolution. It may come across as "fuzzy." But I like what Leonard Sweet says: "Fuzzy is good."

What I would simply would like to do is to pursue the question "Does pure truth have a progressive nature?" Then I would like to look at one passage from the Gospel of John that narrates a critically important teaching of Jesus. It is found in chapter 16; verses 12 & 13:


"I have much more to say to you, more than you can now bear. But when he, the Spirit of truth, comes, he will guide you into all the truth. He will not speak on his own; he will speak only what he hears, and he will tell you what is yet to come."

I'm going to parse the concepts of each word in the second half of verse 12 (highlighted above). I will use the Greek characters, the phonetic provision, and the lexicon (not to be confused with a short little Irish man) rendering. Then I wonder if you don't reach the same I conclusion that I do.

What do you conclude? Pure truth looks to have a sole custodial aspect. What does that imply? Is there any containment beyond biblical documentation?

I'm aware of the systematic theological can of worms here, but I have come to the belief that Jesus provides necessary continuity to our search for God and "the Kingdom."

My apologies to those who may be perplexed with this post. Maybe they're be a sequel - and then again...
Posted by JavaJeff at 10:36 AM 52 comments:

There Is No Peace On Earth

With the pain of grief from Newtown, Connecticut still fresh among us, I have little that I can write that will quickly sooth or speed up the healing process.

I must simply quote from the pen of Henry Wadsworth Longfellow through a poem written in 1863 during the bloody chaos of the American Civil War. In the mingled despair and hope of his day, he writes:

I heard the bells on Christmas Day
Their old, familiar carols play,
and wild and sweet The words repeat
Of peace on earth, good-will to men!

And thought how, as the day had come,
The belfries of all Christendom
Had rolled along The unbroken song
Of peace on earth, good-will to men!

Till ringing, singing on its way,
The world revolved from night to day,
A voice, a chime, A chant sublime
Of peace on earth, good-will to men!

Then from each black, accursed mouth
The cannon thundered in the South,
And with the sound The carols drowned
Of peace on earth, good-will to men!

It was as if an earthquake rent
The hearth-stones of a continent,
And made forlorn The households born
Of peace on earth, good-will to men!

Then pealed the bells more loud and deep:
"God is not dead, nor doth He sleep;
The Wrong shall fail, The Right prevail,
With peace on earth, good-will to men."

To give a more cultural context to Longfellow's torn demeanor, I included all of his original work. The fourth and fifth verses are often omitted in the hymn that is sung to a tune given to the poem by John Baptiste Calkin in 1872, and the third stanza is usually shifted down to the final verse.

Longfellow's pain, with what is occuring in his world, is very real and drives the composition of this work. But his trust in what the Christmas message heralds, gives him the hope that Jesus himself embodies and provides.

The familiar Christmas narrative in Luke 2 has a theme that puts “Peace on earth, Good will to men” in a hopeful light as the Messiah makes his human entrance. But the radical Jesus later informed us, through the disciples, that the earth cannot fully contain this virtue. He gave us a “heads-up” in John 16:33, when he said:

“I have told you these things, so that in me you may have peace. In this world you will have trouble. But take heart! I have overcome the world.”

May Jesus, God's Messiah, mend our broken hearts with his love and peace in this troubled world.
Posted by JavaJeff at 10:43 AM 2 comments: 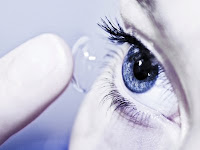 I just read this insightful article from the Leadership link in "Christianity Today." It's called "Going to Hell with Ted Haggard." He has clearly taken over the whipping boy from Jim Bakker and Jimmy Swaggart.

The ecclesiastical hang-up indicated in the article persists and becomes an obstacle to the advancement of Jesus' purpose in the world.

Jesus may have been born in Bethlehem, but he really emerged at the Jordan River with some radical concepts of God's intention on earth.

Jesus made some very bold claims while he walked on this earth and taught the earliest followers about what God’s reign looks like. Many in his time fully expected some kind of theocratic culmination – where every political oppressor would be eliminated. They desired to be a part of a political atmosphere where godlessness was absent. Many today desire a similar dominance where God’s ways are fully established.

In John, chapter 14, the disciples characterize this kind of mind-set. The conversation begins with a request by Philip in verse 8 and is followed immediately by Jesus’ answer.

“Lord, show us the Father and that will be enough for us.”

“Don't you know me, Philip, even after I have been among you such a long time? Anyone who has seen me has seen the Father. How can you say, 'Show us the Father’?”

Jesus provides some corrective lenses for Philip and all who hear and read. Who do we see when we look at Jesus? According to him, we see God. Whatever we observe in Jesus is indicative of who God is.

Paul asserts in Colossians 2:9: “For in Christ all the fullness of the Deity lives in bodily form.”

This truth creates some modern challenges with strongly held notions, much as it did with those who first heard Jesus teach.
Michael Hardin, in his 2010 book “Jesus Driven Life” states:

“There is a substantive difference between the way ‘God’ acted in the Old Testament and the way God acted in Jesus. No amount of interpretive gymnastics can hide this; it was a key question wrestled with in the early church. Christians are saying something essential when they assert that God has been revealed in the figure of Jesus. God is known, no longer unknown, no longer hidden, no longer mysterious. God is fully present in Jesus, not partially present, but fully, completely present…”

God is often presented today as a “sheriff” rather than a “shepherd.” The enforcement of righteous behavior becomes the paramount mandate of those who claim to follow. It becomes duty to coerce godly obedience in all. But is that what Jesus presented?

A very close and honest look reveals something much more rigorous for those who desire to follow. The mandate becomes the principle of self-examination and not the behavioral enforcement of others.

Jesus implies that in Matthew 18 with the parable of the Pharisee and the Tax Collector praying in the temple. The principle is created by a turnabout that dispels the conventional thinking of that time – especially with the characters used.

It is the very person who apparently needs the behavioral adjustments, in the parable that Jesus proclaims “goes home justified and not the other.” Why? Because he was humbly aware of his condition and shortfall from that which was pleasing to God.

Jesus’ purpose in coming to this earth was to transform each and every person through death to self and new life in him. He gave every follower a heads-up when he said “If anyone would come after me, he must deny himself and take up his cross daily and follow me.”

It is only his power that can do that and not ours. So why do we direct our attention to changes others? It is only Jesus’ property to transform first and judge later. We have the power to do neither for ourselves or anyone else.

Let’s put on our corrective lenses and look only at Jesus – who will enable us to die to ourselves and be raised to new life in him. This is his purpose in coming to this earth.
Posted by JavaJeff at 9:10 AM No comments: 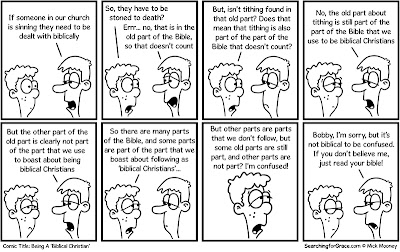 "What would Jesus Say?" - is a much better question to ask than the "do" application. Most of Mesheach's purpose was to teach about God's supremacy, reign and purpose through us (Kingdom).

At times, he was stern with those who followed him. At times he was compassionate and loving. There were also times when he was aggressive in providing correction to errant practices. The latter was most often directed to those who deemed themselves as spiritual directors and teachers.

The problem seemed to stem from a downward progression of extrapolation and redaction of God's revealed truths. In short "This is what was said...this is what it means....and this is how it applies."

So Jesus often is heard stating: "You have heard..... but I say to you....." - thus turning what was learned and handed down completely on its head.  And I don't think he's finished doing that.

He prefaced his promise of sending the Holy Spirit to us by this qualification in John 16:12-15:

“I have much more to say to you, more than you can now bear. But when he, the Spirit of truth, comes, he will guide you into all the truth. He will not speak on his own; he will speak only what he hears, and he will tell you what is yet to come. He will glorify me because it is from me that he will receive what he will make known to you. All that belongs to the Father is mine. That is why I said the Spirit will receive from me what he will make known to you.”

The problem persists today. It is a product of pride and the lack of humility that Paul alluded to when he stated "...Those who think they know something do not yet know as they ought to know" and that we all "know in part." There is "much more" to learn as God's pure truth progresses through the illumination of God's Spirit present through the diversity of his Body on earth - the Universal Church in its entirety.

So let's not open our mouths and pontificate as if we have our fecal matter completely consolidated.
Posted by JavaJeff at 10:34 AM 1 comment: